While I love doing research and identifying and documenting ancestors, I can get really excited when I discover a photograph of an ancestor or a postcard or photograph of a significant institution or building in their lives. There is something about looking at that image and imagining talking to them or watching them stroll up the walkway and enter a building that makes all of the names and dates and court records so much more tangible. If you weren’t the lucky cousin who managed to inherit the family photos or you haven’t thought much about looking for postcards and photographs of places that would have been a factor in your ancestors’ lives, let’s spend some time exploring how to acquire some of these. Then I want to talk about how to keep these items safe and secure and in a format that can be used in family histories or just to share with a new cousin. 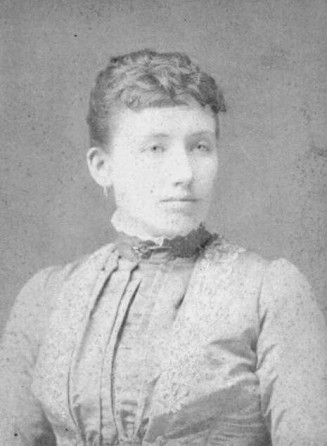 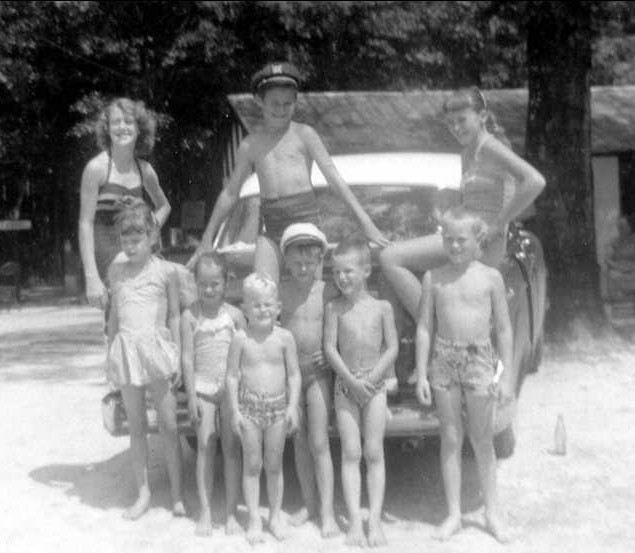 Let’s start by assuming you inherited some old photos of your ancestors. If they are in any of those photo albums with the sticky pages, get them out as soon as possible, or sooner, if possible. That sticky stuff is downright nasty. It will bind to the photo and make it nearly impossible to get out and the acids in the sticky substance will damage your photos eventually. If you have trouble getting the photos unstuck, you might try dental floss eased under a corner and then VERY gently worked up or down the photo. Be careful, the floss will slice through the photo without much effort. If it just won’t come up, and I’ve had a few in this category, you can consider a couple of options. 1) If it isn’t a photo of a person but a scene that may not have any special meaning, you can consider just letting it go. If you are like me, throwing photos away is like throwing a book away, but I have come to terms with this option for the occasional third snapshot of a ride at Disney World. 2) If it is a photo you want to keep, scan it (we’ll talk about scanning photos next post) and then cut the sticky backing out around the photo with an Exacto knife. Put the photo and the attached backing in an archival quality sleeve for photos and store it with the other photos. This isn’t the best solution but you will have a good scan as a back-up.

Once you have all of your photos dislodged from albums you need to toss, you are ready for the next steps: 1) identifying and, 2) scanning. This can be fun and frustrating, at least the identifying part. Your photos may have no identifying information or something like “Aunt Mildred” on it and you aren’t sure who wrote that or who Aunt Mildred may be in your family. Identifying reminds me to remind you that if your sticky album had identifying information on tags below the photos, you need to transcribe that information onto paper or archival card stock and keep it with the photo. For those you know, go through and identify and create a label to keep with the photo. Some suggest using an archival pen to write gently on the back of the photo. I use heavy duty, archival card stock (found at Amazon), write out as much detail as I can (full name, including maiden names for women if known, and date and place if I know them) and place that behind the photo in an archival sleeve (my favorite resources below). These sleeves then are organized into a photo box that I can pick up quickly and take with me if I need to leave the house in a hurry during an emergency.

Once you’ve identified those you know, schedule time to sit down with the oldest member of your family and enjoy their company and go through the photos. You might consider scanning them first just to be safe. Identifying can be a slow process because you may need to make the rounds of family members. While you are there, consider interviewing them and creating a digital recording of the interview. Also, if they have any photos ask them to let you scan them or buy a mobile scanner such as a Doxie and take it with you. All the effort may still leave you with a folder of unidentified family (or friends of family) and your only hope is that someone will come into your life that will share another photo with you and you will instantly know that’s the same person as one of your unknowns and they are sure that it is Uncle Edward before he went into the service in 1941.

When you get photographs from Ancestry or someone you’ve met through your DNA test, ask them how they know who the person is. Did they know them? Does it have the name on the back or with the photo in an album? Did the person they got the photo from know the person personally? If they have the original is it a cabinet card style, tintype, or more of a photograph we know today? If they say they downloaded it from Ancestry or someplace else, keep a copy and make a note who the person MAY BE. Trust me on this, people often make mistakes when identifying people in photos. A number of years ago, I exchanged emails with someone also researching my NICHOLS line. I was asking her about my Zachariah Nichols and she sent me a photo that she indicated was Zachariah. Now I knew that my Zachariah Nichols had died during the War for Southern Independence so looking at the photo my sixth sense told me something wasn’t right. The clothes did not look like those of a man who had lived and died before 1865, and neither did the photo. But I wanted it to be him. A few years later, another researcher contacted me and in the course of the exchange I sent her the photo and she indicated that the man was her g2-grandfather, Zachariah Nichols, and the son of my Zachariah Nichols.

I should have listened to my intuition. Listen to yours. Do some research on clothing (men, women and children’s) and the transition of photography from its early beginnings to at least the mid-1950s. Learn to look at the details of a photograph and draw conclusions from that observation. See some great resources below to help with your learning.

Postcards and generic old photos are a great source of visuals you might not find any other way. Of course, not every building or location was the subject of a postcard, but more were than I would have thought before I started collecting. After you have put together the life of one of your ancestors, review your research to identify places or events that might have been the subject of a postcard. Did they go off to school at some point? Were they in World War II and were they stationed at some specific locations you’ve identified? Were they in a specific hospital during the War for Southern Independence (aka Civil War, War Between the States)? Did they live in a particular town during a specific time period? The questions you can generate are likely endless. Put a few together and go looking. A good place to browse is eBay but I’ve listed some of my favorite online spots for great finds. You can also just do a general search online. I recently was working on my paternal grandmother’s life. I knew she had worked at a cigar factory at some point but did not know exactly when or where or which one. I was looking in city directories and my Mom volunteered that Nana was working at the cigar factory in Jacksonville in 1951. With that, I found a great picture of the factory taken a couple of years before she worked there and was able to figure out when they left Columbus, GA and moved to Jacksonville, FL. When you do this keep in mind that the photo may be copyrighted so just use it with your personal records. Don’t re-post without permission and be sure to document the source of the photo.

Regardless of how you collect your photos and postcards (and any paper documents), you must put together a plan to keep your materials safe from a mishap. I had a number of responsibilities when I had a day job and one of the biggest was some preparedness activities for the community I lived in and for the department I worked in. I learned how devastating an event can be and then the realization that all your prized family photos and family documents are also gone. We live with hurricanes, tornadoes and floods down here. Sooner or later you will need to deal with them. Have your documents safely stored at home for quick removal and have them scanned and in three digital locations. One on a computer (or iPhone if you must), one on a back-up device that is also at your home and is portable and easy to grab, and one away from your home. The last either in the cloud, in a safety deposit box or at a cousin’s house (not next door!). Share old photographs with as many cousins as possible and encourage them to do the same. The more they are dispersed throughout the family, the less chance they will be lost forever after a hurricane, fire or flood.

I’m thinking about writing a book on preparedness for genealogists, family historians, and local history museums. I find the concepts are sometimes missing from the thoughts of the critical people in each of these categories and that means our history can be lost in the flash of a storm or the blaze of a fire. Next time we will talk in detail about the fine art of scanning photographs and documents.

One thought on “Photographs and Postcards: Windows into the Past”